To share your memory on the wall of Marshall St. Cyr, sign in using one of the following options:

Provide comfort for the family of Marshall St. Cyr with a meaningful gesture of sympathy.

Marshall was born to Loren and Mariette St. Cyr, on January 7, 1949, in Rumford, Maine. He graduated from Stevens High School in 1967. He married Sheila Gallant in 1980. They lived in many places in the state of Maine before they settled in Newcastle in 1987. Together they raised three children.

Marshall leaves as his legacy two of his children: his son Shawn and daughter Nicole along with Shawn’s wife Jennifer St. Cyr, their children Abigail, Allison, and Adam; Nicole’s boyfriend Gary Workman and his two children. He also leaves to cherish his memory 6 sisters and 4 brothers. His children remember him as a loving father and grandfather.

He was preceded in death by his son Loren St. Cyr who died tragically in 2008.

Marshall served in the Marine Corp from 1968-1972. After his honorable discharge he attended and graduated from EMTC’s boat building school. Marshall spent his life building and repairing boats until he retired in 2014 from Boothbay Regional Boatyard.

A celebration of Marshall’s life is scheduled for Saturday, March 30th, 10:00 am at Halls Funeral Home in Waldoboro, Maine.

Arrangements are entrusted to Hall Funeral and Cremation Services, 949 Main Street, Waldoboro, Maine. Condolences may be shared with the family at www.hallfuneralhomes.com
Read Less

We encourage you to share your most beloved memories of Marshall here, so that the family and other loved ones can always see it. You can upload cherished photographs, or share your favorite stories, and can even comment on those shared by others.

Shelley & Jesse, Bob & Cindy (Boucher) Coulombe, and others have sent flowers to the family of Marshall Paul St. Cyr.
Show you care by sending flowers

Posted Nov 05, 2019 at 12:09pm
Dear Sheila and family. I am so sorry for your loss. Marshall was a good friend and neighbor. I remember lots of fun when I visited My friend Sally across the road . May Marshall rest in peace.🙏
Comment Share
Share via:
C

Posted Mar 29, 2019 at 01:04pm
We used to have so much fun with “Shoo” and Sheila and the Boucher family reunions at Lenny’s camp on Echo Lake. They were so much fun.
So very sorry for the St.Cyr family. They are one of the best families I will ever know. Prayers are with you. I love you all
Cindy Boucher Coulombe
Comment Share
Share via:
SJ

Posted Mar 28, 2019 at 02:15pm
Please accept our most heartfelt sympathies for your loss... Our thoughts are with you and your family during this difficult time. 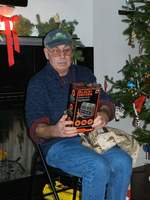 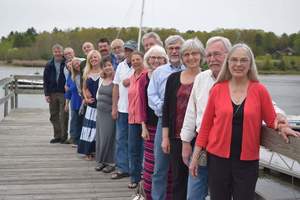 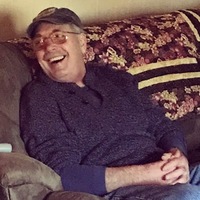 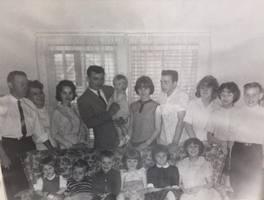