To share your memory on the wall of Capt. Gilbert Philbrick, sign in using one of the following options:

Provide comfort for the family by sending flowers or planting a tree in memory of Capt. Gilbert Philbrick

Provide comfort for the family by sending flowers or planting a tree in memory of Capt. Gilbert Philbrick

Gib grew up in the Maine woods, learning to hunt, fish and trap by his father’s side. Growing up on the shores of Rangeley Lake, it seems that he and his buddies led the life of Tom Sawyer and Huckleberry Finn. Summers were spent swimming, building rafts, and learning to sail on a homemade boat with a bed sheet for sails. Winters were spent skating on Haley Pond, skiing, and ski jumping on a “homemade” jump. Gib’s father, Ralph, was his hero and he taught him the fine art of fly fishing. Gib also loved being in the company of the “old” guides, so he learned from the best on Kennebago Lake. He spent many years guiding fly fisherman at the Kennebago Lake Club. Gib became a good basketball player during his school years. He went on to play at UMO and even had a short stint with a semi pro team in Rhode Island. He became a teacher and basketball coach, first in Clinton, ME, Rumford, ME and Williamantic, CT. He came back to UMO working with the men’s basketball staff under Brian McCall and became assistant coach from 1966-68 and head coach from 1968-71.

In 1975 Gib became owner and captain of the Schooner Nathaniel Bowditch, sailing the coast of Maine for 29 years as part of the Windjammer Fleet. Gib often said that he found another wilderness amongst the spruce covered islands in Penobscot Bay that reminded him of his home in the Rangeley Lakes area, when spruce was king.

A memorial service to celebrate Gib’s life will be held Friday, June 7 at 11 am at Hall Funeral Home, 949 Maine Street, Waldoboro.

In lieu of flowers, friends wishing to remember Gib in a special way are asked to do so to The Sussman House, 40 Anchor Drive, Rockport, ME 04856.

We encourage you to share your most beloved memories of Capt. Gilbert here, so that the family and other loved ones can always see it. You can upload cherished photographs, or share your favorite stories, and can even comment on those shared by others.

Posted May 18, 2020 at 08:31am
On the first anniversary of Gib's passing, we want you to know that you are in our thoughts and prayers. We hope that the memories of the past give you encouragement for the future as you walk each day with your loved one in your heart. It is our privilege and honor to serve your family.

Posted Jun 17, 2019 at 11:57am
So sorry to learn of your loss. I was on the sailing team at Maine when Gib was coach. Great memories and stories. Later, when cruising the coast, I would look for the Bowditch and hope for a chance to catch up. He certainly knew his way around the State of Maine!
Comment Share
Share via:
HS

Posted Jun 07, 2019 at 08:29am
Our thoughts and prayers are with you as we remember Gib with fond memories.

Flowers were purchased for the family of Capt. Gilbert Philbrick. Send Flowers

Posted Jun 05, 2019 at 08:34am
So sorry to hear of Gib's passing, my condolences go out to his wife and children at this difficult time. He is fondly remembered in the Rumford area as one of the great basketball coaches at Stephen's High. I never had the opportunity to play for Gib, but I've only heard great stories about him from some of the older players in the area. In reading his obituary, it sounds like he lived life to the fullest. Rest in Peace Gib.
Comment Share
Share via:
J

Posted May 30, 2019 at 03:41pm
I used to walk my dog on the road which Gib lived on. He happened to be outside in his yard one day, and walked over to greet me and introduce himself. We had a conversation that lasted well over an hour. We would have subsequent encounters after that, and I always looked forward to our chats. He had quite a presence, and was so genuine and heartfelt. I just wanted to express my condolences to his wife and other loved ones. RIP, Gib. ~Jennifer
Comment Share
Share via: 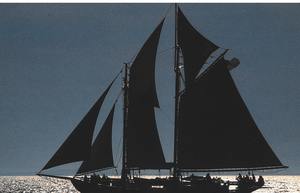 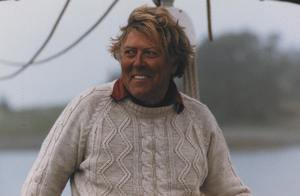