To share your memory on the wall of Alice Larrabee, sign in using one of the following options:

She married Paul Arthur Larkin in Boston in 1949, and they moved to Bridgeport, Conn. Where their six children were born. In 1959 the family moved to Oakland, Maine. Alice was a founding member of the Kennebec Valley Community Action Program in Waterville, Maine and served as an Outreach worker for that anti-poverty program. In Oakland, she established a Clothing Exchange program in the schools to provide clothing, shoes and boots for needy children and was a Brownie Scout leader and president of the of the Parent Teachers Association (PTA). She served on the Board of Directors of the Maine Conference of Human Services in Waterville.

In 1968, the family moved to Boothbay Harbor, where she worked as a medical records transcriptionist, with a part-time business renting baby furniture. Alice was a founding member of the Lincoln County Group Home. In Boothbay Harbor she established a community drug education program and was a member of the Boothbay Historical Society and the Boothbay Civic Association. She was a reporter for the Boothbay Register, with a weekly column about Charlie, a pet crow she had raised from a fledgling. Charlie was well known around town and got into all kinds of mischief which provided her with pleanty of material for her column.

Alice said she had been a writer for as long as she could remember and still had the first short story she wrote in third or fourth grade. She wrote extensively for Down East Magazine. A number of her short stories and articles were published in, the Berkshire Eagle, Country Journal and other literary magazines. She was the author of a local history, a children’s book, “Zachary Goes Groundfishing”, and a collection of her weekly columns.

She was an investigative reporter for the Maine Times and as a contributing editor for the Commercial Fisheries News, she got to go out on lobster boats and draggers, which were her special love. With her daughter, Julia, she was an enthusiast of white-water rafting. In a doctor/patient routine, she and Lynn Orne, performed as clowns in local parades and she was notorious for her Halloween costumes. Alice was a dedicated gardener and bird watcher. As long as she was able she worked out and swam regularly at the YMCA.

In 1996, she married her childhood sweetheart, Harold Larrabee. They moved to Boothbay, just in back of the neighbors “pig” mailbox. Alice volunteered to dress Miss Pig and did so for 12 years, creating costumes which reflected the holidays or seasons. Harold died in 2005
Survivors include two sons, Edrick J. Larkin, Sr. and his wife, Carol, of Southport, Shawn Larkin and his wife, Janice, of Madison. She is predeceased by daughters Julia Larkin Berry, Laura Field, June Larkin Wing, and a son, Paul T. Larkin. She is survived by 8 grandchildren and several great grandchildren.

A memorial service will be held at the Hall Funeral Home, 975 Wiscasset Rd, Boothbay, ME on August 2, 2019 at 11 a.m., followed by reception at Halls

In lieu of flowers, contributions may be made to Midcoast Humane, 190 Pleasant St., Brunswick, ME. 04011
Read Less

We encourage you to share your most beloved memories of Alice here, so that the family and other loved ones can always see it. You can upload cherished photographs, or share your favorite stories, and can even comment on those shared by others.

Posted Jul 29, 2019 at 07:44am
Alice, a remarkable woman. I thank-you Alice for all of our visits, laughs, and stories of mutual friends in Gill,Ma. You have been an inspiration to so many people. You will be missed. Thoughts and prayers go out to the family. How lucky we all were to have known and loved, Alice.
Comment Share
Share via:
PF

Posted Jul 27, 2019 at 05:00pm
It is hard to imagine a world without Alice! Smart, beautiful, kind, energetic, talented, hilarious! All I can say is it was a blessing to be her friend.

I met Alice at the Boothbay Y just a few years ago. We were swimming companions, but much more. After swimming we would share stories with other members and have a lot of laughs. Alice loved to bake and we enjoyed her baked goodies. Some of her stories left me in awe. She led an amazing life. I’ll miss Alice. 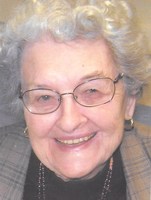