To share your memory on the wall of Constantine Evanofski, sign in using one of the following options:

Print
Constantine A. Evanofski, “Connie,” passed away on September 10, 2019 following a painful but unprolonged battle with cancer. He died peacefully in Maine surrounded by family and loved ones. He was 72.

Born on August 9, 1947 in Hazel... Read More
Constantine A. Evanofski, “Connie,” passed away on September 10, 2019 following a painful but unprolonged battle with cancer. He died peacefully in Maine surrounded by family and loved ones. He was 72.

Born on August 9, 1947 in Hazelton, PA to Constantine ‘Gus’ and Laura Evanofski, Connie was raised in Hazelton. Connie served in the Coast Guard from 1965 to 1969 during the Vietnam War. He went to boot camp at Cape May, New Jersey, and served on an icebreaker that went to the Arctic Circle. He was then was stationed in Maine serving in Bath, Popham Beach, Rockland and Boothbay Harbor; the latter of which places would prove to hold his fondest memories. Following his deployment from the service, Connie would spend years of his life back in Boothbay, sharing countless summers with family and friends.

In 1973 Connie earned a Bachelor degree in English from the University of Maine at Farmington. Connie continued his education at the University of Buffalo where he worked towards a Masters/Doctoral degree in Linguistics. As a recession loomed in the mid 1970’s, Connie was quick to find work in civil construction in Buffalo, NY and Toronto, CA. Connie later moved to Chicago, IL in 1977 working as a manager and builder for luxury properties. Having missed the antics of his friends in Buffalo, Connie returned to Buffalo in 1979. It was during this time Connie met his future wife, Mary, at Father’s Bar. The two were wed just six months later at Letchworth State Park in 1983. They then quickly moved to tax-free New Hampshire, and bought a house in Henniker, NH. In 1993 Connie and Mary moved to Webster, NH, where they purchased land and built a home to raise their family. Connie lived out his days here, caring for his young children, devoting his life to his beloved wife; and proudly achieved his life long goal of paying off the mortgage.

Connie was a strong-willed, perseverant, good-hearted man. He shared an uncanny likeness to American storyteller Garrison Keilor. In fact, Connie grew accustom to responding to unsuspecting fans that praised meeting him as though he were the celebrity. At 6’5”, Connie navigated life as the tallest person in the room. If one were to ask for help reaching an item on a shelf, he would advise them to ‘stand on a sheet of paper.’ When he wasn’t being witty, Connie was certain to help those in need. He was generous and thoughtful. In recent years, he dutifully volunteered at Dartmouth Hitchcock Medical Center with his wife and her colleagues at DHMC.

Connie was a writer and a photographer. A skilled carpenter, Connie built not only his home in Webster, but also a sizeable addition to his cottage in Boothbay Harbor. This daunting feat included leveling a 10’x10’ area of 18” depth granite ledge. Not to be discouraged, Connie rented a jackhammer from Grover’s local hardware store. He worked dawn to dusk, employing the help of his children to complete the task within the 48-hour rental period. And by god, he did.

One thing you must know about Connie, if there was a way to save money, he did. He loved a good bargain and enjoyed hunting for treasures at antique shops and yard sales. He was sure to barter, regardless if customary, and at every opportunity. As possessions were acquired, any person to come in contact with said possessions was to be reminded of its assumed value, promptly followed by the phrase: “You would never believe what I got it for;” (although we would, as he always paid quote “next to nothin’”). This does not exclude his prized collection of over a hundred cameras, many rare and of notable value, and certainly the envy of any private collector. Perhaps most notable of the collection is his Kodak Serial #2, which he would feel uneasy if we were to disclose its value or how much he paid. Truly, it was the deal of a lifetime.

Connie had an appreciation for all things well made and well designed. He was known to keep a well-maintained car. In his lifetime he owned upwards of 25 Jeeps, likely each with over 200,000 miles. Back in the day, he also owned and drove two 1960s era Opals, and a 1962 MGB roadster (reluctantly sold for its tendency to drive too fast around sharp corners and outrun cops when being tailed). An avid seaman, Connie owned several vessels. Notable favorites include: his Formula powerboat; a 16’ Catalina Capri sailboat; and a 22’ Bristol sailboat that he has been restoring. The fact that this restoration has taken place over the course of 20+ years, mind you, is inconsequential; as any fellow boat owner would know, that is just how these things go.

Connie loved to drive, to sail, and to travel. He loved a good drink and a good place to go out to eat. He loved adventure. For a man who was known to appreciate both long-winded stories and linguistics, perhaps it is summarized best in a latin phrase; Quam bene vivas refert non quam diu, translated: ‘It is how well you live that matters, not how long.’ Or, ever-more thought provoking: Mea navis aëricumbens anguillis abundant. Monty Python simply puts it: ‘My hovercraft is full of eels.’

Connie will be fondly remembered by his loving wife of 36 years, Mary Evanofski, and his children, Carrie (Marc) Silverstein, John, Charlotte and Amelia Evanofski and Laurel (John) Christian.

A ceremony to celebrate Connie’s life will take place Saturday, September 14, 2019 at 11 a.m. at the Boothbay Harbor Congregational Church, 125 Townsend Avenue, Boothbay Harbor, ME.
Please stop by the Thistle Inn from 3-5 pm on Saturday during Happy Hour to share stories and a drink on Connie.

Feel free to send flowers, or donate in memory of Connie to a charity of your choice.

We encourage you to share your most beloved memories of Constantine here, so that the family and other loved ones can always see it. You can upload cherished photographs, or share your favorite stories, and can even comment on those shared by others.

Clinical Operations Team sent flowers to the family of Constantine A Evanofski.
Show you care by sending flowers

Posted Sep 15, 2019 at 09:22pm
My thoughts and prayers are with the family of Connie.
I knew Connie from Hazleton High School. He was in my homeroom for all three years. The class sat in alphabetical order and I sat behind him for the three years. The description of him in the obit is the same as I remember him from 55 years ago. He was the tallest boy in the class, one of the kindest and sweetest. He always tried to make me laugh. I was glad to hear that he had a good life and a fine family to love him.
Alice (Fadden) Whitenight

Posted Sep 13, 2019 at 06:31am
Mary and Family, I was so sorry to hear of the passing of Connie. I remember how welcoming he was to all the "kids" when they would occasionally gather at your home in Webster. I hope all the good memories will bring you peace during this difficult time.

Posted Sep 12, 2019 at 12:03pm
Please accept our most heartfelt sympathies for your loss... Our thoughts are with you and your family during this difficult time. 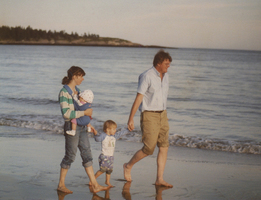 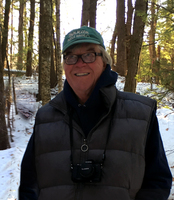