To share your memory on the wall of M Farnham, sign in using one of the following options:

Print
M.W. Farnham, known as Teaver of Boothbay Harbor passed away peacefully at home on the morning of September 18, 2019. He was born on December 7, 1929 and lived in Boothbay Harbor his whole life.

In his early years he drove a taxi for B... Read More
M.W. Farnham, known as Teaver of Boothbay Harbor passed away peacefully at home on the morning of September 18, 2019. He was born on December 7, 1929 and lived in Boothbay Harbor his whole life.

In his early years he drove a taxi for Bud Brackett and Louis Adams, during this time he started a summer job at the local liquor store which turned into full time. He retired as Manager 30 years later.

He is survived by his wife of 55 years, Edith. Son, Gary and his wife Michelle; grandchildren, Kirstie and Kaylee; great-grandson, Isaac and several nieces and nephews.

He was laid to rest privately on Saturday, September 21, 2019. He will be greatly missed by all.
Read Less

We encourage you to share your most beloved memories of M here, so that the family and other loved ones can always see it. You can upload cherished photographs, or share your favorite stories, and can even comment on those shared by others. 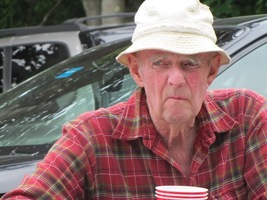