To share your memory on the wall of Kenneth Sullivan, sign in using one of the following options:

He will be dearly missed by Barbara and their four children, Geoffrey and his wife Susan, of Fairhaven, MA, Peter and his wife Susan of Burlington, VT, Andrew and his wife Alice, of Chugiak, AK, and Amy and her husband Richard of Nashville, TN, ten grandchildren, nine great-grandchildren, and many nieces and nephews.He was preceded in death by his sister, Barbara Sullivan Knowlton also of Wiscasset.

An Eagle Scout in his youth, Kenneth continued to serve the communities he lived in by volunteering for boards and committees, as an alderman in Warson Woods, MO, and on various church committees. He loved to travel and when the family was young, took them to many state and national parks camping. Later he and Barbara lived for a time in Morocco, and spent time in Europe.

A memorial service for Ken will be held at a future date. Donations can be made to the charity of your choice in Ken's name.

Hall’s of Waldoboro has care of the arrangements. To extend online condolences, visit the families Book of Memories at www.hallfuneralhomes.com.
Read Less

Print
A memorial service for Ken will be held at a future date.

We encourage you to share your most beloved memories of Kenneth here, so that the family and other loved ones can always see it. You can upload cherished photographs, or share your favorite stories, and can even comment on those shared by others. 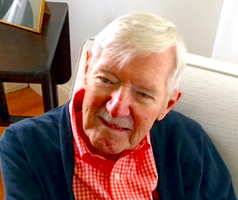 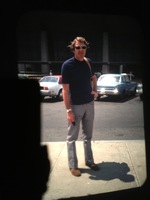