To share your memory on the wall of Ray Cave, sign in using one of the following options:

Print
By Richard Sandomir
https://www.nytimes.com/2020/08/21/business/media/ray-cave-dead.html
Aug. 21, 2020
Ray Cave, who as the managing editor of Time magazine for eight years oversaw a revamping of its stodgy look, introduced new sec... Read More
By Richard Sandomir
https://www.nytimes.com/2020/08/21/business/media/ray-cave-dead.html
Aug. 21, 2020
Ray Cave, who as the managing editor of Time magazine for eight years oversaw a revamping of its stodgy look, introduced new sections, expanded its lifestyle coverage and promoted long-form single-subject issues like “Children of War,” died on Monday at his home in Boothbay, Me. He was 91. His daughter, C.C. Cave, confirmed the death. Mr. Cave became Time's top editor in the fall of 1977, when the magazine was still a swaggering journalistic force, unimpeded by competition from the internet. Time was the leading newsweekly when weekly magazines were still flourishing. Its pages were flush with ads.
“The magazine’s goal,” Mr. Cave told Adweek in 1983, when it named him “the hottest editor” in its annual magazine report, “is to inform the public, to help our society debate more issues, and on occasion to help shape that debate.”
Under Mr. Cave, there were more lifestyle cover articles on subjects like cats, ice cream and cholesterol; new sections like American Scene, Computers, Video and Food; and, in 1982, the anointing of the Machine of the Year (the personal computer), a departure from the traditional Man or Woman of the Year (now Person of the Year) issue.
Single-subject issues included in-depth looks at Japan and prisons. “Children of War, was a 25,000-word article in 1982 by the essayist Roger Rosenblatt about the lives of children in five war zones. In an interview, Mr. Rosenblatt recalled fearing that a passage he had written might imperil the life of a 15-year-old Vietnamese boy, a refugee who was among the so-called boat people and who had accused a boat captain of murder. Hours before the magazine’s Asian edition was to be printed, he called Mr. Cave. “I told Ray I had screwed up,” Mr. Rosenblatt said. “I asked him, ‘Can I rewrite it in a way that fudges it?’ And he said, ‘Go ahead.’
“It was a two-line fix that cost the magazine $65,000. He didn’t think about it. I don’t know how many people would do that.”
Intensely competitive, Mr. Cave learned in early 1978 that Newsweek, its chief rival, was going to publish excerpts in successive issues from the memoirs of H.R. Haldeman, President Richard M. Nixon’s disgraced chief of staff, who had served 18 months in prison for his role in the Watergate scandal.
Mr. Cave countered with a cover article about Muhammad Ali (who had recently lost his heavyweight title), followed by one the next week about the supermodel Cheryl Tiegs. The Tiegs issue became one of Time’s all-time best sellers.
In 1985, Time won the National Magazine Award for general excellence. Jim Kelly, a staff writer who became Time’s managing editor in 2001, recalled Mr. Cave as so stubborn on small matters, like headlines, that it was sometimes not worth bothering him about larger issues. “I learned how important it was for a Time editor to dig in his heels,” Mr. Kelly wrote in an email, “though I never made as big a dent in the ground as he did.”
Ray Charles Cave was born Ray Roberts on May 27, 1929, in Tacoma, Wash. His father, also named Ray, was an assistant district attorney in Tacoma who died in a car accident in 1933. His mother, Agnes (Hansen) Roberts, later married John Cave, a career military officer; he adopted Ray, who took his stepfather’s surname. Ray’s mother had been a bookkeeper and model at a local newspaper before her first marriage, and in the 1950s she edited textbooks.

After graduating from St. John’s College in Annapolis, Md., in 1949, Mr. Cave became a reporter for The Southern Maryland Times. He then spent eight years as a reporter and editor at The Baltimore Evening Sun, interrupting his career to serve in Army counterintelligence in Japan and Korea from 1952 to 1954. He joined Sports Illustrated, which was owned at the time by Time Inc., in 1959, starting as a reporter and then turning to editing, which he preferred. He edited a seminal series by Jack Olsen in 1968 about Black athletes and a previously unpublished nonfiction manuscript by Ernest Hemingway about a Kenyan safari; it ran in three issues in 1971. “I don’t think you can overstate how important Ray Cave was in the evolution of Sports Illustrated becoming what it was by the early 1970s — one of the best-written, best-edited magazines in America,” Michael MacCambridge, the author of “The Franchise: A History of Sports Illustrated Magazine” (1997), said in an interview.

By 1974, Mr. Cave had become a trusted deputy of its longtime managing editor, Andre Laguerre. But after Mr. Laguerre retired, it was Roy Terrell who succeeded him, not Mr. Cave. “SI gets a new editor,” Mr. Cave wrote to his children in a career reminiscence several years ago. “Miffed. Should have been me.” He joined Time as an assistant managing editor in 1976 and, a year later, was the surprise choice as managing editor, succeeding Henry A. Grunwald. Jason McManus, another editor at Time, had been expected to get the job. “This time the other guy was miffed,” Mr. Cave wrote. Mr. Cave had strong feelings about how Time should look. At Sports Illustrated he had mastered production techniques that filled pages with color photography on tight deadlines. He brought the same skills to improving Time’s photography. And he was the Time editor most closely involved in its redesign in 1977, working with the renowned newspaper and magazine designer Walter Bernard. Mr. Bernard adopted a bolder use of informational graphics, photography and conceptual cover art and a uniform headline typeface.

Mr. Cave “was a no-nonsense guy who encouraged me to argue with him,” said Mr. Bernard, who stayed at Time as art director for three years. “Previously, the art department kept quiet. It was ‘yes sir, no sir’ with the managing editor. But he always asked me what I thought and let me disagree with him.” In addition to his daughter, Mr. Cave is survived by his son, Jon; his half brothers, Jon and Christopher Cave; and a granddaughter. His marriage to Katherine Mumford ended in divorce. Patricia Ryan, his second wife, who died in 2013, was the managing editor of People and Life magazines. They had met at Sports Illustrated.
After running Time for eight years, Mr. Cave was appointed corporate editor of the magazine’s parent, Time Inc., in 1985; a year later, he was promoted to editorial director, the second-highest-ranking editorial job in the company. But he left in 1988, unhappy that he had not been named editor in chief a promotion that went to Mr. McManus — and unable to reach an agreement on what role he would play at the company until his retirement at 65. “Time Inc. needed a new editor in chief,” Mr. Cave wrote to his children. “Picked other guy. This time, I was miffed. “Anyway, I was about 60 and the game was over. But it had been quite a game.”
Richard Sandomir is an obituaries writer. He previously wrote about sports media and sports business. He is also the author of several books, including “The Pride of the Yankees: Lou Gehrig, Gary Cooper and the Making of a Classic.” @RichSandomir

A version of this article appears in print on Aug. 22, 2020, Section B, Page 12 of the New York edition with the headline: Ray Cave, 91, Editor Who Revamped Time Magazine.

requires patience and the sense and stamina to wait. CC wrote me to say that on the
morning of August 17th, “Ray left us.” But we both knew that was impossible.
Roger Rosenblatt is an American memoirist, essayist, and novelist. He was a long-time
essayist for Time magazine and PBS NewsHour. He is currently the Distinguished
Professor of English and Writing at Stony Brook University.
Read Less

We encourage you to share your most beloved memories of Ray here, so that the family and other loved ones can always see it. You can upload cherished photographs, or share your favorite stories, and can even comment on those shared by others. 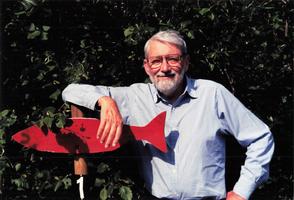 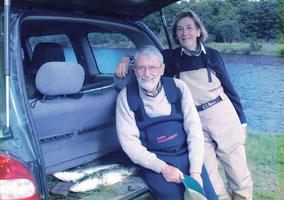