To share your memory on the wall of Robert George, sign in using one of the following options:

While at Princeton, he fell in love with fellow student Karen, the girl in the snack bar who made him tea. While a student there, Bob also met his mentors and friends Guy and Carye Hanson, with whom he maintained a treasured lifelong friendship. Bob and Karen married in 1964. They both served at the First Presbyterian church in Caldwell, NJ., Bob as Associate Minister and Karen as Director of Christian Education.

Bob and Karen were both called to participate in the Civil Rights Movement. Bob responded to the call to march in Selma, Alabama after Bloody Sunday. His participation in this event was a seminal moment in his life. In 1968, Bob started his ministry at First Presbyterian Church in North Haledon, NJ where he led the congregation for 25 years. During that time, he mentored many student ministers from Princeton Seminary and enjoyed his work with the Teaching Church program immensely. He served the people of North Haledon in many ways, including as chaplain for the Police and Fire Departments, a member of the Board of Directors of Wayne General Hospital, and the school board. He served the wider Presbyterian church through many committees, initiatives, and as Moderator of the Palisades Presbytery. After his retirement from North Haledon, he went on to serve Presbyterian Churches in Montclair, Chatham, Englewood, and Tenafly. He also worked with Hospice of New Jersey.

In 1999, Bob and Karen retired to Maine after vacationing there for many years. During his retirement, Bob was a very active member of Broad Bay Congregational Church, UCC in Waldoboro, ME. He sang in the choir and was a trustee. Continuing his commitment to community service, he was a member of the board of trustees for Miles Memorial Hospital and part of their chaplain program. He also participated in Community Care Days for CHIP, volunteered to read with students at the Jefferson Village School and volunteered with the Jefferson Historical Society and the Jefferson Area Community Food Pantry.

Bob was a talented woodworker, and many friends and family members treasure his creations. He could build a house or create fine antique replicas. He loved to play his recorder and listen to Classical music. He was a great cook and loved finding new recipes and making spaghetti for as many people as possible. His storytelling abilities were legendary, and friends and family keep these treasured anecdotes alive through generations.

Bob is survived by his wife, Karen (Nordhus) George, his three children, eight grandchildren, and numerous nieces and nephews and their families. His daughter Judy, her husband Binks, and their children, Noah, & Gabby live in Yarmouth, ME. Rob and his wife Bonnie and their children, Abby, Lindsay, and Derek live in Mechanicsburg, PA. Carye and her husband Roan, and their children, Zachary, Brittany, and Victoria live in Stewartstown, PA. Bob loved being a grandfather and enjoyed each of the grandchildren immensely. Bob is also survived by his sister Patricia, his sister and brother-in-law, Nancy & Ron Berry, and sisters-in-law Julie Napton and Connie George. His brother, David, died two days after Bob.

The family will have a celebration of his life next summer.

In lieu of flowers, the family asks that you live what Bob preached and practiced and donate your time and/or money to a charity of your choice. The Broad Bay Church and Jefferson Area Community Food Pantry were charities for which Bob had a passion. Make a difference in your own place, create goodness, and bring people together.

Hall’s of Waldoboro has care of the arrangements. To extend online condolences visit his book of memories at www.hallfuneralhomes.com.
Read Less

Print
The family will have a celebration of his life next summer.

Posted Sep 11, 2020 at 03:06pm
Bob was a special person and one of many talents. I knew he was a trustee of Miles Hospital and he was always ready with good conversation, advice or a small contribution for the Jefferson Democrat’s, but he never let on that he was a UCC minister. It was our church too when we lived in Massachusetts. We should have known and he will be greatly missed. As always life is too short, even a good and well lived one like Bob George’s.
Comment Share
Share via:
AB

Posted Sep 09, 2020 at 09:28pm
So sorry to hear about “Dr. Bob”. He was such a huge influence on my life. You all really are a part of my family. He created such an amazing church environment that I haven’t been able to find anywhere else. He will be truly missed. Sending you all my love and prayers
Comment Share
Share via:
AS

Posted Sep 09, 2020 at 07:03am
Karen and family,what a tremendous loss to humanity and families that knew Bob.He was a true example of an upright individual.Compassionate,straight forward and unselfish at all times. Our deepest sympathies, Alan and Barbara Swartz
Comment Share
Share via:
KS

Posted Sep 03, 2020 at 10:23am
So sorry to hear Bob has left us. Lots of good memories from North Haledon and Kaler's Pond. He and Neale are probably arguing theology still. Bob will be remembered with fondness and gratitude by many families, ours included. Kathi Sweetman
Comment Share
Share via: 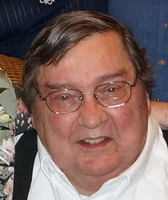 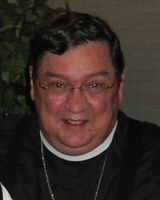