To share your memory on the wall of Christopher Anderson, sign in using one of the following options:

Print
Christopher Scott Anderson, 58, of Washington, passed away unexpectedly at his place of business on September 2, 2020. Chris (as everyone knew him) was born on January 22, 1962 in Dayton, Ohio to Thomas and Harriet (Van Blarcom) Anderson.

Christopher Scott Anderson, 58, of Washington, passed away unexpectedly at his place of business on September 2, 2020. Chris (as everyone knew him) was born on January 22, 1962 in Dayton, Ohio to Thomas and Harriet (Van Blarcom) Anderson.

Chris grew up in many different places with his family in the U.S. Some of his fondest memories are of living in Rochester, New York. Chris spent his teen years in Grapevine, Texas where he taught himself to play the guitar and came to know Jesus Christ as his personal Savior – his two great passions! He began writing and singing his own music, teaching guitar, and became very involved in his church. Chris graduated from Grapevine High School and went on to graduate from Texas A & M with a BA in Industrial Engineering. Gig ‘em!

He held many different positions over the years with a few of America’s top corporations, most of which related to global operations: IBM, Dell, Best Buy, Avery Dennison. In 2011, Chris fulfilled a life-long desire to run his own business, and to live and work where he and his family like to vacation, by making the move to Maine where he bought Friendship Trap Company. He thought of the company as an extension if his family and really cared for his employees and customers.

Chris was a devoted worship leader and Elder at several of the churches he belonged to throughout the years, as the family relocated for jobs, and was blessed to be appointed to those positions again at Salvage Church in Rockland. He was also chairman and a delegate for the Republican Committee in the Town of Washington.
Family and friends knew him as a loyal, devoted, faithful, self-less, strong Christian. A passionate man who thoroughly enjoyed creating whether it be songs, an atmosphere for worship, food or new manufacturing processes.

Visiting hours with social distancing and masks required will be held from 2-5 p.m. and 6-8 p.m. on September 9th at Salvage Church, 30 Sherer Lane, Rockland. A private family service to celebrate Chris’ life will be held at the Salvage Church in Rockland due to Covid. The service will be live streamed so that you can watch from home.

In lieu of flowers, donations may be made in his honor to the Eastern Maine Skippers Program, PO Box 27, 13 Atlantic Ave, Stonington, ME 04681 (207) 367-2708 Bobbi Billings, Admin.Director babillings@coastalfisheries.org

Arrangements are entrusted to Hall Funeral Home, 949 Main Street, Waldoboro. Condolences can be shared with the family at www.hallfuneralhomes.com
Read Less

We encourage you to share your most beloved memories of Christopher here, so that the family and other loved ones can always see it. You can upload cherished photographs, or share your favorite stories, and can even comment on those shared by others.

Regards, James Knott, Your Shimadzu Family, and other have sent flowers to the family of Christopher S. Anderson.
Show you care by sending flowers

Posted Sep 19, 2020 at 09:07am
Our deepest condolences to you and your family. We knew Chris from Presbyterian Church of the Hills in Austin, Texas (circa 1986 - 88), where he led music. Chris was such a joy, and we loved serving with him! It's wonderful to know he continued to lead in the church, and to minister with his music. We are two of many who benefitted from his friendship, and his musical and ministry gifts. May the Lord be near you all in this time~

Posted Sep 11, 2020 at 05:26pm
I am so sad to learn of Chris passing. I was away and off line until today, the 11th of Sept. Chris was such an inspiring worship leader, always smiling with the joy of the Lord on his face and in the songs he lead. Chris always had an encouraging word for me personally when ever we stopped to chat. The songs he wrote were filled with inspiration from the Holy Spirit. Now he is joyfully singing praises in the presence of his Lord and Savior. May the Lord comfort your hearts as you miss this very special person in your lives.
Love and hugs,
Sharyn Cookson
Comment Share
Share via:
HS

Posted Sep 09, 2020 at 09:37am
Please accept our most heartfelt sympathies for your loss... Our thoughts are with you and your family during this difficult time.

Flowers were purchased for the family of Christopher Anderson. Send Flowers

Posted Sep 08, 2020 at 09:39pm
Dear Anderson Family: Please allow me, on behalf of all of us at Riverdale Mills, to extend my deepest sympathies to you during this period of shock and grief. Chris was an inspiration and will be missed by all in the lobster industry. Please accept our condolences as we mourn the loss along with you.

Your Shimadzu Family purchased flowers for the family of Christopher Anderson. Send Flowers 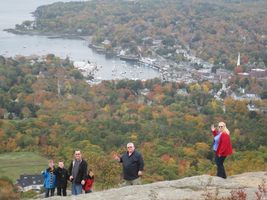 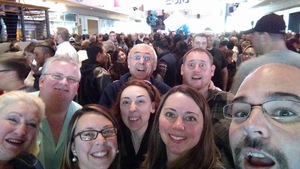 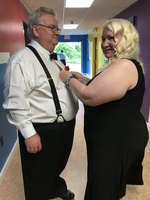