To share your memory on the wall of John Arness, sign in using one of the following options:

Print
John Allan Arness, M.D. of Tenants Harbor and Monhegan, ME., passed peacefully at home with his family by his side at the age of 89.

John was born on September 13th, 1931 in Peterburg, VA, one of four children of Allan S. Arness and Kath... Read More
John Allan Arness, M.D. of Tenants Harbor and Monhegan, ME., passed peacefully at home with his family by his side at the age of 89.

John was born on September 13th, 1931 in Peterburg, VA, one of four children of Allan S. Arness and Katherine Thorne Arness. John spent his boyhood in Virginia, Maryland and Missouri. In 1953 he graduated from George Washington University in Washington, D.C. He pursued medical studies at GW University and graduated from there in 1957. While in Washington D.C he met the love of his life Constance A. Hebert of Portland, Me. and they were married in 1957.

Dr. Arness enlisted in the U.S. Navy and served from 1956 to 1965 at the U.S. Naval Hospital, Chelsea, MA, where he rose to Chief of Neurology and Psychiatry. In 1965 Dr. Arness and his growing family moved to southern Maine where he practiced psychiatry , and in 1972 to Farmington where they lived until 1999. In Farmington, he had a private practice, worked for Tri-County Mental Health Services and later for the State of Maine Dept. of Health and Human Services, at Augusta Mental Health Institute (AMHI) as Clinical Director. He retired from the state in 1995, but continued to work in the field until 2003. John was an accomplished yet humble physician who was dedicated to his patients, many who had served in WW II or in Vietnam. John helped the lives of many individuals.

In 2003, John and his wife retired to their home on Monhegan Island and spent many wonderful summers there. They often wintered in Florida. Since 2016, they have lived in Tenants Harbor, Maine year -round.
John will be remembered by his family as a wonderful person and dedicated family man. He was an avid reader of literature and history. As a Maine resident for 55 years he enjoyed sailing , hiking and had hobbies of coin and stamp collecting.

The family wishes to extend their sincere thanks to the many wonderful providers at Maine Health Care at Home and Hospice Services, as well as physicians and nurse practitioners at Maine Cardiology, Pen Bay Neurology and Pen Bay Internal Medicine for their exceptional care.

A graveside service will be held for John on Saturday, October 24th, 2020 at 11:00 a.m. at the Fayette Mills Cemetery, Tom Surry Road, Fayette, ME. Social distancing and mask requirements will be observed.

Hall’s of Thomaston has care of the arrangements. To extend online condolences visit hallfuneralhomes.com
Read Less

Rob and Ruth Anderson (Sarasota, FL), Susie, and other have sent flowers to the family of John Allan Arness MD.
Show you care by sending flowers

Posted Oct 23, 2020 at 02:00pm
Dear Connie and family, I missed seeing you on Monhegan this year. I’m very saddened to learn of John’s passing. It was always a pleasure to serve him at the store, he was truly a gentleman. My deepest condolences. Kim Murdock
Comment Share
Share via:
BB

Posted Oct 23, 2020 at 07:07am
I have many great memories from my childhood spending a week with the Arness family each summer on Little Sebago. Dr. Arness was a very kind, gentle and generous man. My condolences to you all. May your memories and love of a life well lived comfort you. Becky Mills Beote, Gray, Maine.
Comment Share
Share via:
RA

Posted Oct 22, 2020 at 02:45pm
I remember my uncle, John Allan Arness, as an exceptionally fine and good man, generous to his core. I remember with thanks an early family visit with Uncle Allan and Connie, on Lake Sebago, with my parents and siblings, in the late 1960s/early 70s. My own sons (Stephen, Tom and Harry Anderson), my wife Ruth and I have good memories from a separate visit with them at their Farmington home in the 1990s. And, Ruth and I separately enjoyed a great visit with them on Monhegan Island in 2015. My deepest condolences go to Aunt Connie, with whom we will be in touch. Flowers provided separately. Rob Anderson (nephew of John Allan).
Comment Share
Share via:
RF

Posted Oct 22, 2020 at 01:28pm
Aunt Connie and other family members, we are deeply saddened by the loss of John Allan (long-admired uncle of Rob). He was a generous and kind man.

Posted Oct 21, 2020 at 08:00pm
I send my warmest thoughts and love, Grandad will forever be deeply embedded in my heart. 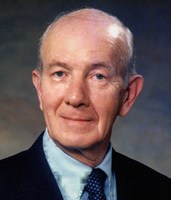 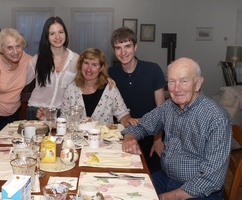 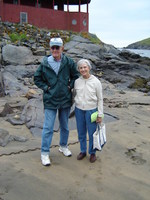 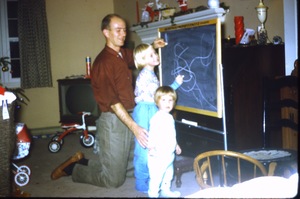