To share your memory on the wall of Florance Merrifield, sign in using one of the following options:

She was born June 3, 1947 at Camden, the daughter of Albert William and Velma Rose Dennison Hastings. The family moved to South Hope in 1951 to live on the family homestead. She attended Hope schools, graduating 8th grade at Hope Corner, attended Camden High School for a year before transferring to Union High School where she graduated in June 1966.

She married her high school sweetheart, Lewis Wayne Merrifield, son of Fred M. and Doris L. Woster Merrifield, on August 11, 1966 (her parents 24th anniversary and her father’s 53rd birthday) at the South Hope Community Church. They built their home in South Hope in 1969 and raised their family there. She was Deputy Tax Collector from 1977 to 1980 when she was elected the Hope Town Clerk in 1980 and the Hope Tax Collector in 1989, she was also Deputy Treasurer, Election Warden, Registrar of Voters, and Deputy Fire Warden. She worked from her home until 1989 when she went to the Town Office in the old Hope School. She retired from the Town of Hope on February 26, 2010 after over 30 years.

She enjoyed her family, gardening, sewing, working on family genealogy, crafting, scrapbooking, (she made photo albums for each grandchild from before birth through high school graduation, totaling 15 books for each grandchild) traveling and camping.

Florance was predeceased by her Father (1999), Brother William Ernest (2001), her Mother (2009) and sister-in-law Kathy Packard-Hastings. Florance is survived by her husband of 54 years, Lewis Wayne Merrifield of South Hope, a daughter Mary Ann Giasson and her husband Alan of Rockland, a son Mark A. Merrifield and his wife Michelle Belanger Merrifield of Union, a special friend Teresa Tooley of Camden, three grandchildren, Hilary Ann Merrifield and Eben Tooley Merrifield of Camden, and Aidan Merie Giasson of Rockland; two brothers and their families: Austin F. Hastings of Millinocket and Paul A. Hastings of Waldoboro; one sister Beatrice R. Norwood and her family of Millinocket and several uncles, aunts, cousins, nieces and nephews, great nieces and great nephews.

Memorial donations in her memory may be made to the Hope Historical Society, c/o Gwen Brodis, 367 Buzzell Hill Road, Hope, ME 04847.

We encourage you to share your most beloved memories of Florance here, so that the family and other loved ones can always see it. You can upload cherished photographs, or share your favorite stories, and can even comment on those shared by others. 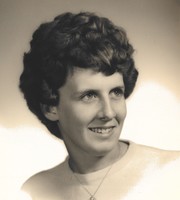