To share your memory on the wall of Susan McKown, sign in using one of the following options:

Print
Susan J. McKown, 80 years old of Thomaston, passed away surrounded by family in her home, May 25, 2021. She was the wife of George McKown of Thomaston.

Susan Jean (Webster) McKown was born July 8, 1940, at Knox County General Hospital in... Read More
Susan J. McKown, 80 years old of Thomaston, passed away surrounded by family in her home, May 25, 2021. She was the wife of George McKown of Thomaston.

Susan Jean (Webster) McKown was born July 8, 1940, at Knox County General Hospital in Rockland, to Virginia and Kenneth Webster of Vinalhaven. Susan lived on Vinalhaven for the first 28 years of her life before moving to Thomaston in 1968.

She graduated from Vinalhaven High School in 1958. Susan worked at Maritime Energy for 42 years until her retirement in 2008.

Susan was best known for her tell-it-like-it-is attitude and her love of cats. The thing she enjoyed most were her daily morning “coffee” rides around Rockland. She loved going to her camp in Beddington, especially during blueberry season. Susan was an avid reader.

In addition to her parents, Susan was predeceased by beloved grandson Tristan Sawyer and sister Ann Guidoboni.

She also leaves behind her sister Linda Adams and husband Richard of South Thomaston, and brother Kenneth Webster and wife, Donna of Vinalhaven; brother-in-law Norman Guidoboni of Wiscassett; many nieces, nephews and cousins including special “double-cousin” Donna (Webster) Meyerbach of Seal Cove.

Susan's family has chosen to honor her life privately.

Hall Funeral and Cremation Services of Thomaston, 78 Main Street has care of the arrangements. To extend online condolences to the family please visit Susan's Book of Memories at hallfuneralhomes.com.
Read Less

We encourage you to share your most beloved memories of Susan here, so that the family and other loved ones can always see it. You can upload cherished photographs, or share your favorite stories, and can even comment on those shared by others.

Love you !! Linda sent flowers to the family of Susan J McKown.
Show you care by sending flowers

Posted May 26, 2021 at 04:43pm
Uncle Binky , Wishing you peace to bring comfort, courage to face the days ahead and loving memories to forever hold in your hearts.

Love you !! Linda purchased flowers for the family of Susan McKown. Send Flowers

Sorry to hear of Aunt Sue passing, Love you, Binky 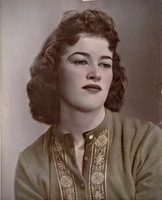 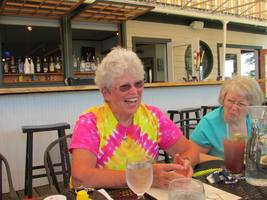